On January 9, 2020, The Israeli Society of Obstetrics and Gynecology (ISOG) awarded a special award of appreciation to Prof. Arnon Samueloff from the Shaare Zedek Medical Center.

The award – presented by ISOG Chairperson Dr. Roni Maimon and Treasurer Prof. Eyal Antebi at the society's annual convention – was given to Prof. Samueloff for the quality of his work, his unique style and the many years he has devoted to his patients, the Obstetrics and Gynecology medical community and the professional advancement of the profession – including midwives and fertility counselors – in Israel. 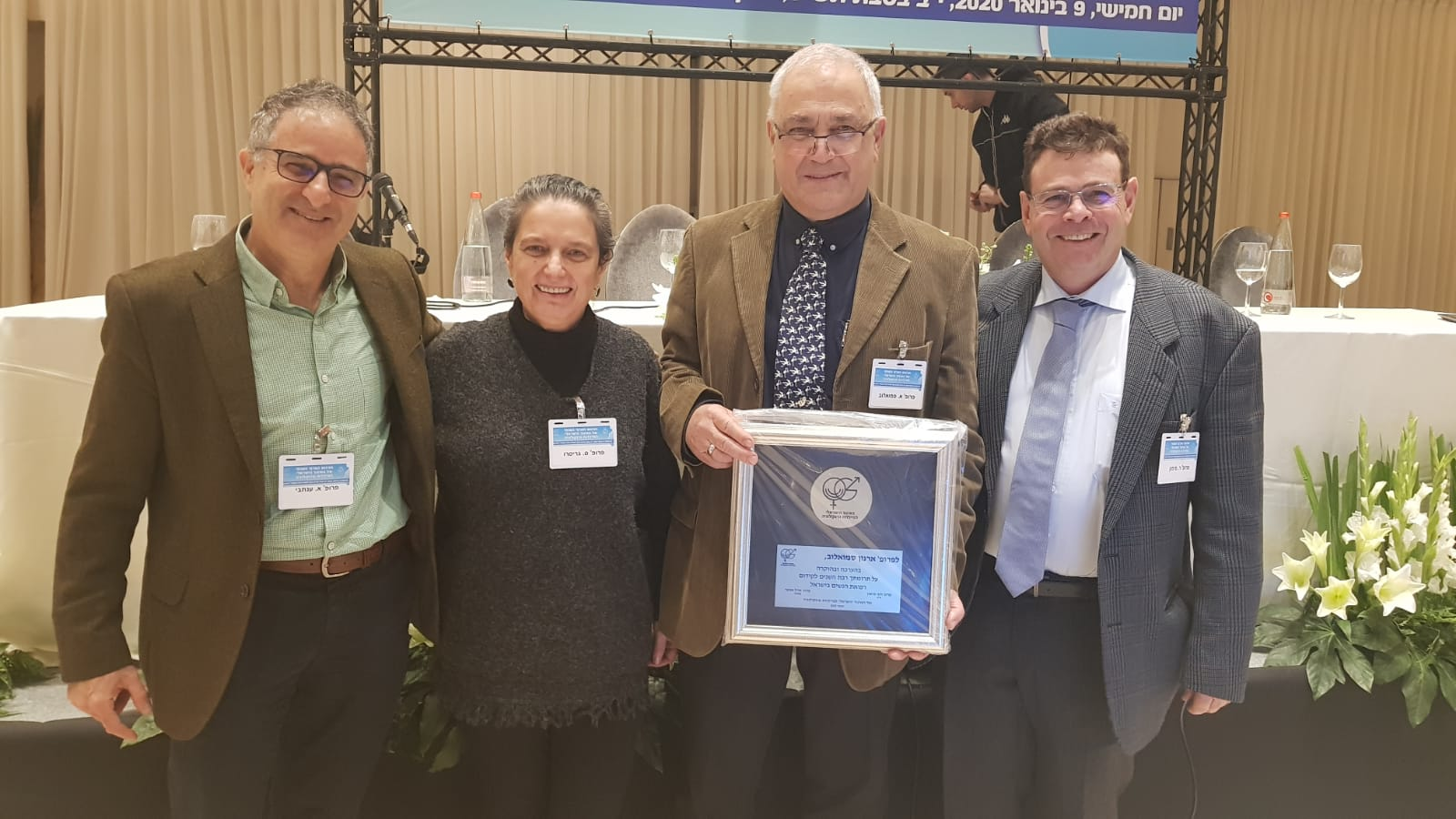 Prof. Ofer Merin, Director-General of Shaare Zedek Medical Center: "Prof. Samueloff is one of the foundation stones of our Obstetrics and Gynecology Department at Shaare Zedek, the largest of its kind in Israel and one of the largest in the world. His long-time service is manifested in the tens of thousands of boys and girls, women and men he has helped bring into the world and I am sure that all of them join us in congratulating him on this honor."

Director of Maternal and Fetal Medicine at Shaare Zedek, Prof. Sorina Grisaru- Granovsky: "Prof. Samueloff serves as a fine example for the doctors in our department and to all the doctors in the Medical Center. Over four decades, his name and work have become known all over the city as a symbol of treatment excellence and dedicated relationships with patients and we are proud and very happy that he has been given this recognition."

Prof. Samueloff was born in Jerusalem in 1952 and raised in the Beit HaKerem neighborhood.

After his discharge from one of the most elite units in the IDF, he began his academic path at the Hebrew University of Jerusalem's School of Medicine, going on to specialize in Women's Medicine and Obstetrics at the Hadassah Hospital in Ein Karem and to study Maternal and Fetal Medicine at the University of San Antonio, Texas (1990-1992). From 1995, Prof. Samueloff has headed the department at Shaare Zedek Medical Center, firstly directing the Midwifery and Pregnancy Complications unit, from 2002 as Director of the Obstetrics Department and later as Director of the whole division until 2018.

Within the framework of his public work, Prof. Samueloff serves as a faculty professor at the Hebrew University and in 2016 began representing Shaare Zedek on the university's Higher Appointments Committee. He also served for four years as Chairperson of the Israeli Company for Maternal and Fetal Medicine and between 2000-2010 served as Chairperson of the Examinations Committee.