Clear Your Thoughts - Create From the Gut, May 2014

Clear Your Thoughts - Create From the Gut

The fourth annual spring event for kids with Crohn's and Colitis and their parents
The Anne and Joe Turner Pediatric IBD Center, Shaare Zedek Medical Center
The Israel Foundation for Crohn's Disease and Ulcerative Colitis
May 29-30, 2014

The Anne and Joe Turner Pediatric IBD Center at Shaare Zedek Medical Center (SZMC), in collaboration with The Israel Foundation for Crohn's and Colitis, hosted a special event for children with inflammatory bowel diseases and their parents at the Nitzana Educational Community, located in the southern region of Israel.
The spring event is part of the sixth season of support workshops conducted throughout the year by the Pediatric IBD Center at SZMC for children, teens and their parents. 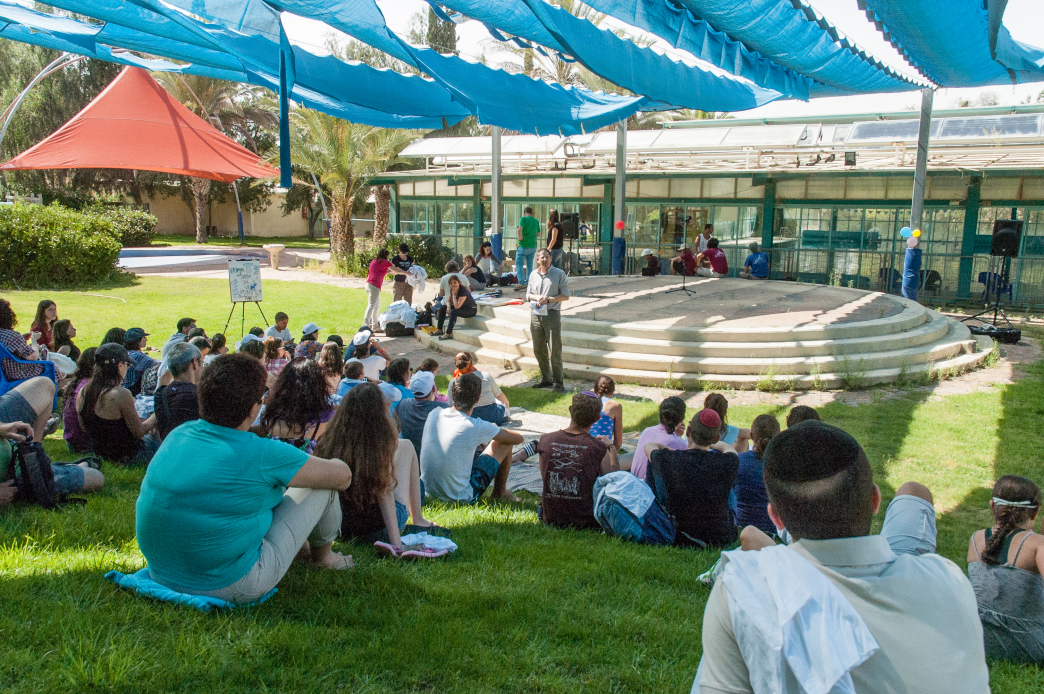 A myriad of engaging activities awaited the 100 kids and parents that came to Nitzana. The goal of the activities was to convey once again the message that nothing is impossible even with inflammatory bowel diseases. The fun of the activities and the sense of cooperation and belonging added to the already magical atmosphere.

After a light lunch the participants gathered on the lawn near the pool, where Prof. Dan Turner, head of the Pediatric IBD Center at SZMC, and Ms. Silvy Amar, CEO of the Israel Foundation for Crohn and Colitis, opened the two-day event.

The participants were then divided into three age groups. Caricaturist Amos Ellenbogen instructed the participants as they created humoristic decorations on their shirts, while others cooled off in the pool with competitive activities, guided by the Nitzana instructors. 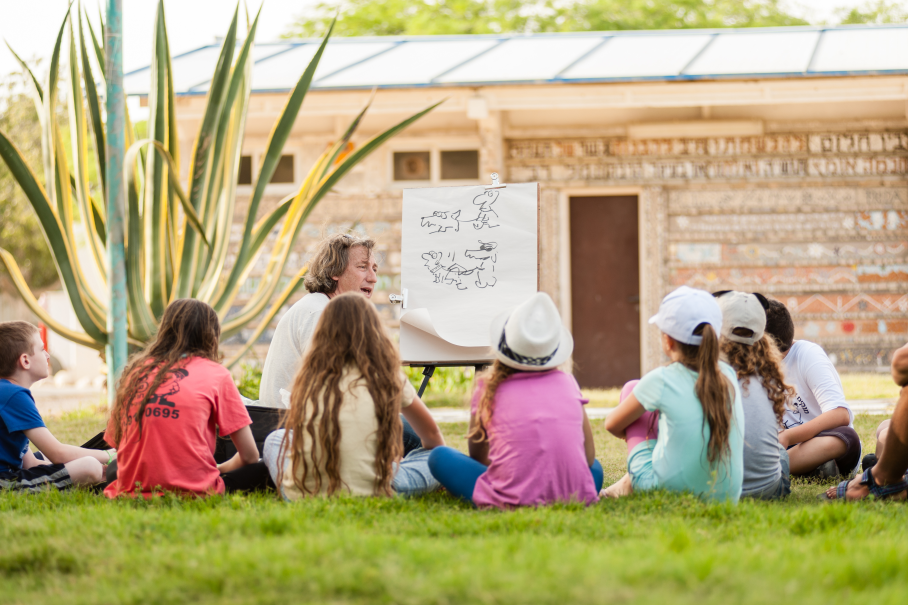 The children and teens continued with another activity of painting caricatures as a method of emotional expression and then went on an excursion through the Solar Park and the Recycling Center and took part in an outdoor training workshop. Meanwhile, the parents engaged in a conversation with psychologist Udi Dunker about mutual and parental support for children with a chronic illness. The parents got a rare glimpse into the world of their sick children through the eyes of their therapist. 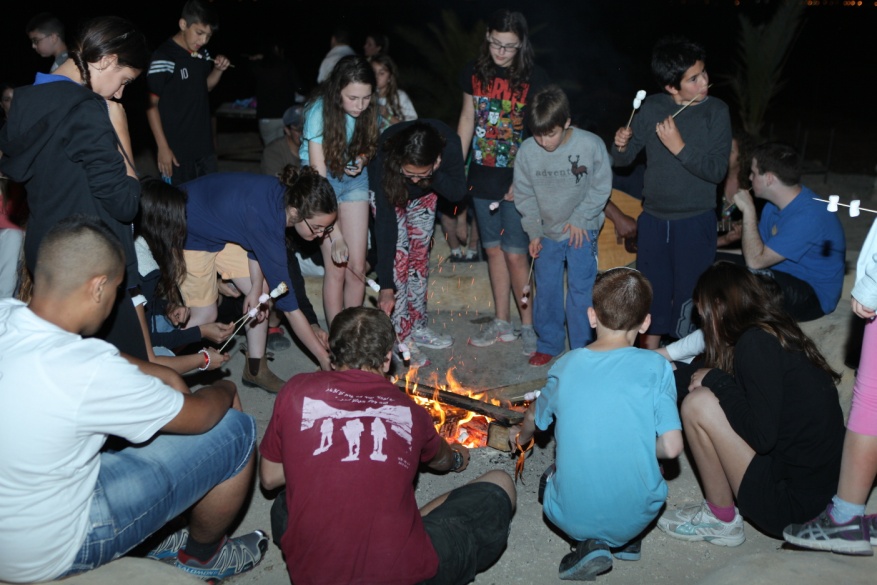 At dusk, all groups joined a barbeque dinner and a sing-along around the campfire. Yahel Eshed, a Crohn's patient, shared his inspiring story of how he successfully grew up with the disease and added his insights and methods of coping with the hardship; or, in other words - how to succeed despite the illness.

After an eventful day, everybody retired to sleep in the Bedouin tent encampment and the boarding house, just to wake up to another day full of activities. 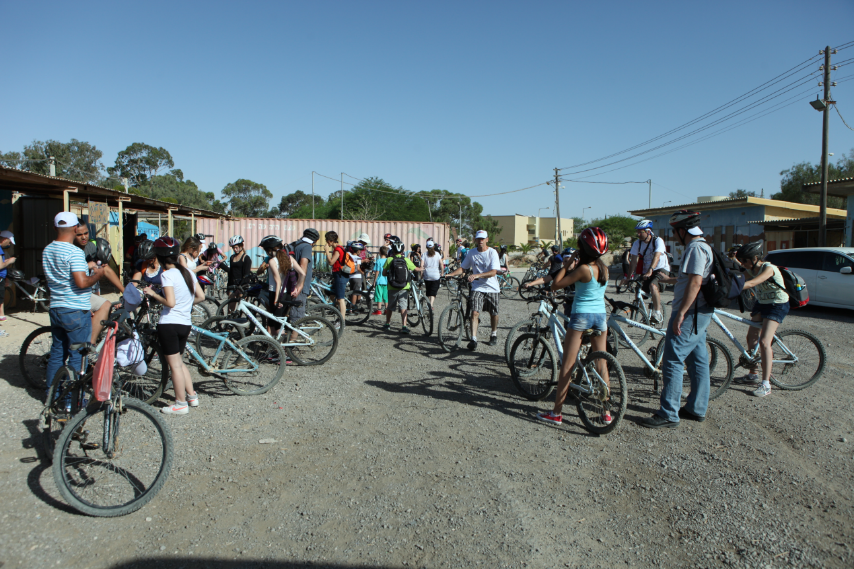 The groups awoke to a sunny morning and a communal breakfast, while dozens of gleaming bicycles were waiting outside to go for a desert trip. The parents and teens had several stops around Nitzana where they heard explanations about life in the desert and about the local flora and vista. The younger children stopped at a desert cooking station where they prepared pitas on the Tabun and herbal tea, while their parents stopped at a cavern to talk to Prof. Dan Turner about innovations in the treatment of inflammatory bowel diseases.

Before heading home, the teens exchanged emails and opened a WhatsApp group. This event, the first with an overnight stay, will be remembered as one of the most meaningful events organized by SZMC.

One of the older teens commented: "it was a blast! This was the best activity by SZMC and what put it over the top was the sleepover. The atmosphere was amazing, especially at night. The bonding was more intense and I met new friends. I had a great time!"


The spring event is part of our series of workshops that take place throughout the year with tremendous success. Many children of various ages and their parents from all over Israel take part in these workshops. Psychologist Udi Dunker and therapist Judy Reshef meet them once a month at SZMC for a variety of activities according to age groups. Among the activities is Cognitive-Behavioral Therapy (CBT) that was proven useful in dealing with inflammatory bowel diseases, and drama and body image workshops. The parents meet separately with psychologist Dr. Yair Einat for workshops that focus on parental support for children with a chronic disease. Between meetings, the discussion continues in a secret group on Facebook.

We invite children of all ages and from all over the country dealing with IBD, along with their parents, to join the unique activities of the Pediatric IBD Center at SZMC.