Thousands of babies are born every month at Shaare Zedek Medical Center, the majority of whom are healthy. Of course there are those who need treatment and we conduct the initial examination in the Maternity Ward, where we provide the family with guidance and refer them to continued treatment in our DDH clinic or in their Kupat Holim. Our doctors are qualified to perform hip joint ultrasounds using the Graf method (a classification method for babies' hip joints) and they have vast experience in diagnosing and treating this condition.

Note: This is a general explanation and no substitute for a detailed explanation from your doctor.

The acetabulum (joint socket) begins to develop in the 12th week of pregnancy. Normal development of the joint structure is conditional upon the correct positioning of the two bones (head and socket) opposite each other and normal movement within the womb. There are two basic phenomena that can have a detrimental effect on this process: the first is too much general flexibility – usually genetic – which can cause deficiencies in joint development and partial dislocation after birth. The second is the formation of a flat socket (too shallow). This is also a family-connected condition and increases the risk of DDH. 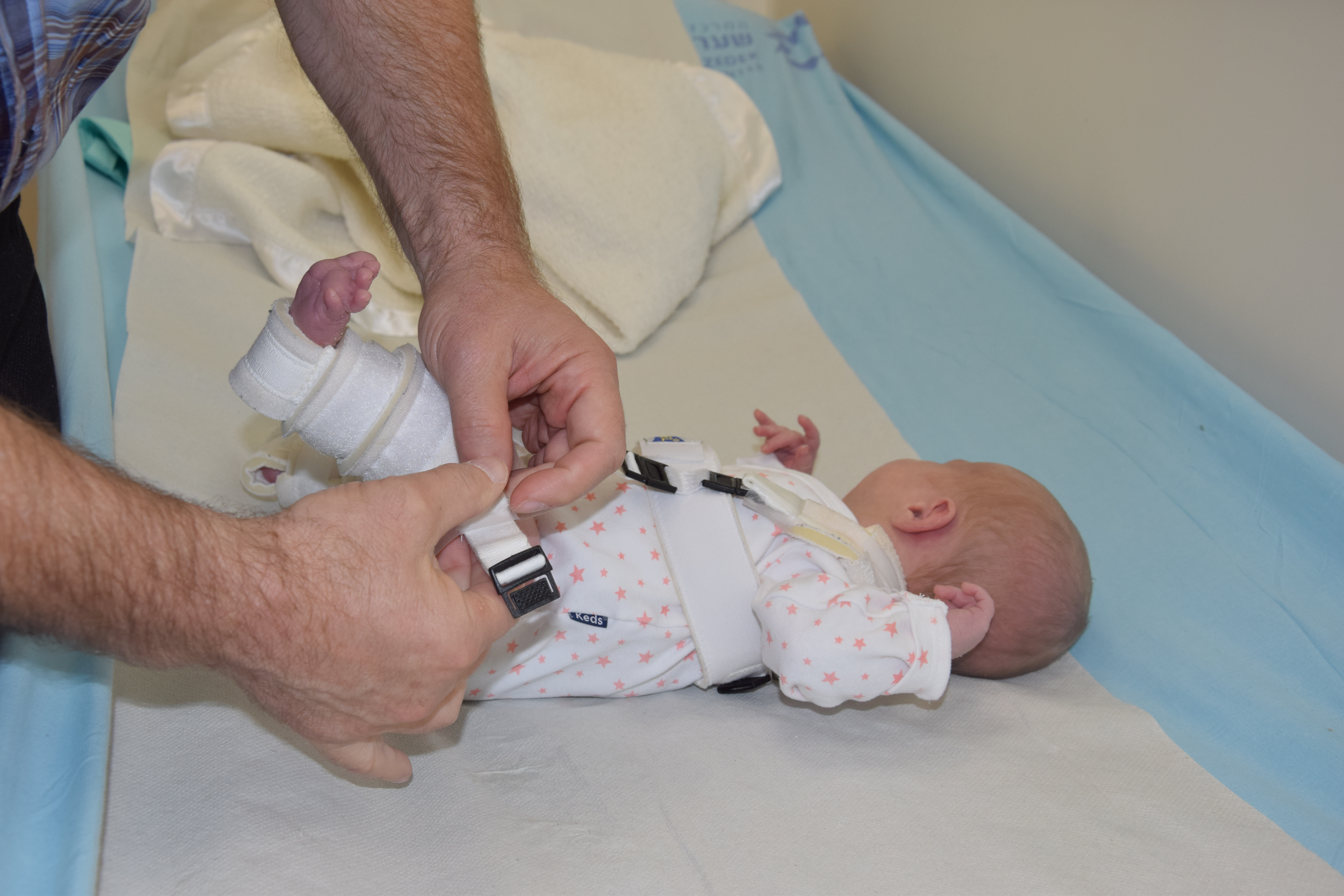 DDH is reported in approximately 1-6 out of every 1,000 babies up to a year old. It is more common in girls and in families with a previous incidence of the condition. Similarly, frequency is greater in first births, breech births and when the baby has other skeletal deficiencies. The disease is more common (two times more) in the left hip although the reason for this is not clear. Having said that, the most significant risk of contracting this disease is when it has appeared in other family members. Therefore, it is important to tell your family if your child has DDH so that every child born in the family (2nd or 3rd degree relatives) can be thoroughly checked.

Today, every newborn undergoes at least one physical examination before being discharged from hospital. Another examination is done by your pediatrician at your local Tipat Halav station. The next stage would be a hip joint ultrasound. Either your Tipat Halav doctor or the doctor at the hospital will recommend an ultrasound if they find something suspicious or if the newborn is in a particular risk group (family history of DDH, other skeletal defects, breech birth, syndromes and there are those that recommend an ultrasound for the birth of the first daughter.) Currently, an ultrasound for every newborn is only something done in Israel for research purposes, whereas in some European countries it is an automatic part of a prevention program.

Among the external findings in a physical examination that could indicate DDH are asymmetrical folds on the hips, bad positioning of one of the legs or disproportionate leg lengths, hip spread disorder, other skeletal defects or deficiencies in the heart, kidneys, etc. identified before birth.

There are two specific tests for hip joint problems (Barlow and Ortolani), the aim of which is to feel any dislocation there may be when spreading the hips.

As we have said, if there is a suspicion of DDH, the next stage is an imaging test. The most common test in Israel for infants up to age six months is the ultrasound (sonography test). Here we use the Graf method, which is based on the fact that up to a year old, the hip joint contains a lot of cartilage and so is suitable for sonographic imaging.

The test measures a number of angles between the femur and the socket and the results tell us whether treatment is needed or monitoring is enough. The test is conducted by orthopedic surgeons in a clinic framework (usually in the Kupat Holim.) The test does not involve radiation, doesn’t require anesthetic or drugs, but it can only be performed using a special device, a suitable table and by someone with expertise in imaging and measurements.

An X-ray of the pelvis is also possible, in which doctors can assess various perspectives that indicate how the hip developed. The test is more reliable as the child grows older (because there is more bony tissue) but it involves radiation and requires precise positioning of the baby, which is why a good picture is not always obtained. This method is less popular due to the convenience of the sonography test.

Another possibility is a CT or MRI scan. These tests require sedation or anesthetic to prevent the baby moving, hence they are used very sparingly.

In the event of dislocation, you may be referred to a hip joint arthrography examination, which is conducted under anesthetic. This is a photo taken after injecting a contrast agent into the joint. The test serves as an aid in deciding what treatment to pursue in dislocation cases when there is a choice of different methods.

If the imaging affirms DDH, the baby should begin the Pavlik Harness treatment or something similar. The harnesses are suitable up to approximately six months. After installing the harness, an ultrasound will confirm whether it is in fact stabilizing the joint in a normal way, and the child should be monitored throughout the process.

If the harness does not work, we will insert the femur into the socket under anesthetic and place a Spica cast on the joint. This is a kind of plaster trouser that stabilizes the legs in a position similar to the Pavlik Harness. At the end of the treatment, an X-ray of the cast will be taken to confirm normal restoration of the joint.

The baby will remain in the cast (changing it every so often) until the joint is stable and the acetabulum (socket) is developing as it should. In cases in which the socket does not develop normally or when the problem is only discovered after the child is over a year old, there may be need for surgery, which includes: a. releasing sinews and ligaments to allow the femur to go back into place and clean the socket of fibrotic material, b. cutting the pelvis and often the femur to create a new socket and a normal structure for them both.

As in any disease, DDH can also develop a number of complications, including joint erosion and others, which express themselves in pain, limping, restriction in movement, disproportionate leg length, lumbar scoliosis and diagonal conjugate of the pelvis.

Other problems arise from the combination of the disease and the treatment. For example, while using the harnesses or the Spica cast, the child could contract an avascular necrosis of the femoral head. During surgery, the muscles, ligaments, nerves, bones and skin may be damaged, along with various side effects. In addition, there could be emotional problems in the light of the disability, absence from educational frameworks, esthetics and chronic pain.

In conclusion: DDH is a very common occurrence, mostly in girls, with a tendency to appear again and again in certain families. Successful treatment is conditional upon early identification through historical verification with the parents, a precise physical examination and – if necessary – an ultrasound test of the child’s hip joints.

To make an appointment with an Orthopedic Surgeon or for an ultrasound test, call your Kupat Holim. It is important to tell them that this is for a pediatric orthopedic test and ultrasound.

If you have any problems or questions, call us at the Pediatric Orthopedics Unit via the hospital switchboard – 02-6555111. 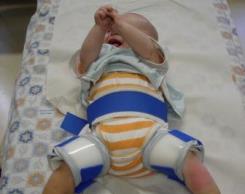